I've never been one to do things half-assed. That also means I tend to go over the top when I attempt something new. Well racing isn't exactly new since I have done many over the years. Most of the races were on the road, including two full marathons, a 15K, many 10Ks and I did one leg of a marathon relay. I also did a duathlon (run, bike, run) in medical school and I did the bike portion of a triathlon in 1986. I've never done a triathlon on my own since I'm such a terrible swimmer. The ironic thing is that my only letter in high school was on the swim team, but that's because I was a diver.

My buddy Josh told me yesterday that he's training to do Half-Ironman. That's over a 1 mile swim, 50+ miles on the bike and then a half marathon (he's nuts, but he's comfortable in his madness). I would never attempt such a silly thing (I think), but I could at least try to do my own version. So that's just what I did. After putting on my silly clothes (seriously, biker clothes are juts plain silly*), I got my Camelback filled with water and put my bathing suit and swim goggles in the back pocket. 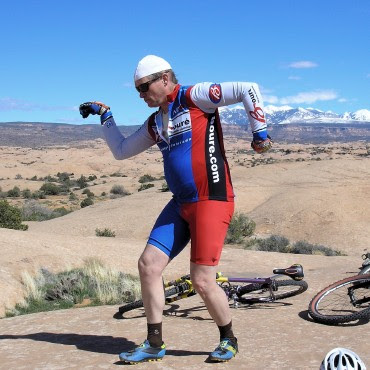 *Pic stolen from the internet, but you get the idea

Then I was off for the 2.5 mile bike ride to the gym. It was quite easy actually. Thank goodness for Google Maps with the "show me the bike route" feature.

I quickly switched into my trunks, then I hit the pool. Did I mention I'm a horrible swimmer? I managed 4 laps (down and back = 1) and then it was back into the silly clothes. I stopped briefly to watch Oosterhuistenfingensen win the British Open with a Tiger-esque 16 under (the next closest was 9 under) and had a great flashback to the three times I was fortunate enough to play St. Andrews. Then it was back on the bike for the 2.5 miles back to the house.

Back home, I stretched out really well and took a big swig of water. Then I was off and running. Literally. There is a one mile and a two mile route around my neighborhood. I opted for the one mile. I had enough in me to sprint at the end and it felt great. Only one problem.

Today I met with Dan. He's an independant financial adviser with Northwestern Mutual Life and he talks a good game. He also meets my sole criteria for a financial adviser - he drives a Ferrari. Actually, two Ferraris. Well, technically he only drives one at a time, but you get the point. Where was I?

Oh yes - financial advice. Dan said we should really consider an insurance policy with NMW that builds value over time. The money you take is tax free and with good planning, you can retire in style. His plan sounded really impressive and he showed me actuarial tables with some impressive numbers based on real money portfolios over the last 20 years.

I'm sold, but The Wife isn't convinced. Her point (and I begrudgingly see the logic) is that his Ferrari money comes from saps like me who get sold on the pitch, and not from his own holdings. Her point (as I understand it) is that if you invest in an insurance vehicle, not all of the money is working for you and you could do better yourself in something low risk where ALL the money is working for you.

I realize these are tough economic times and many of my readers are unemployed or don't make enough money to invest. I'm not trying to be insensitive. I'm just curious if anyone out there has taken the plunge and if they are happy with the choice (I'm looking at you, Amy).
Posted by DrChako at 2:34 PM 14 comments:

I nearly peed. You've been warned. 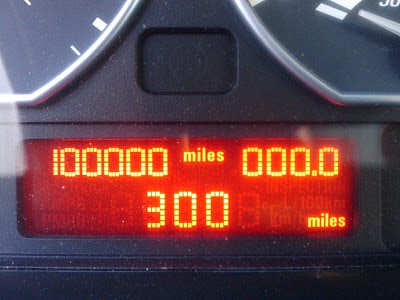 My first true love (at least in the auto world) is Erin, my 2003 BMW. Long time readers know that I named her for Erin Gray (circa Buck Rogers) because she's gray and beautiful. I used to have a terrible case of car ADD. I never owned a car more than two years. Erin and I have been together now since the beginning.

I remember the day I took delivery. A gorgeous sales rep named Ilse drove her up to me at the dealership in Wuerzburg, Germany and all I could think was, "That's MY car. Get out."

After Ilse gracefully exited MY car and handed me the keys, I vowed to be her only pilot. Other than a short couple of drives from The Wife (who hates driving stick), I've been true to that vow. Together we've seen a lot:
My oldest son has asked me to give Erin to him when he goes off to college. That's 6 years away. I'll probably still have her. I just don't know if we'll be willing to part.
Posted by DrChako at 9:18 PM 9 comments: