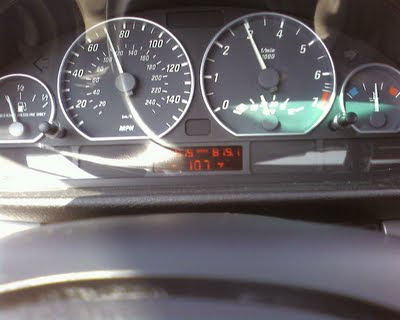 Looks like I spoke too soon yesterday
Posted by DrChako at 4:50 PM 7 comments:

This is just nuts! 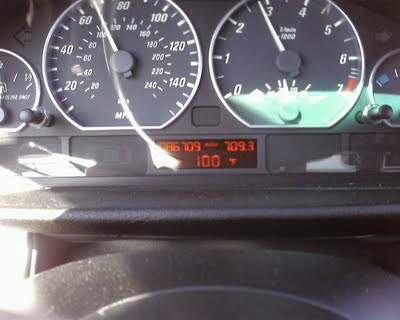 I actually have some poker to discuss!

First off, thank again to Dr. Pauly for hosting an encore edition of his Saturdays series on PS. It was my first time, and I guess because of beginners luck I managed to run deep and take 2nd. I'm happy with my play. I made some big laydowns and few if any bad decisions. My big hands held up, which is unusual at PLO (it'll break your heart, right Pauly?) and my reads were good.

My backer, the lovely Kat was there too, but she busted early. That was okay with me because I'd feel odd if I took out my backer. Plus her bustout meant she was able to concentrate on railing me, including some timely advice about switching from Steely Dan to AC/DC late in the tournament. You can't be aggressive listening to Steely Dan.

The 2nd place finish was enough to rocket me to first place on one of the side bets for the Summer Bankroll Challenge, which is a pretty cool deal.

I've been on a rush since then. After my cash in the PLO tournament, I celebrated by going to Diamond Lil's to punish the 8/16 game. Even with several bad beats, I'm managed 3 nice winning sessions. All sessions started with me in a serious hole, but I managed to dig out all three times. I even went back to the Muckleshoot (despite my self-imposed banishment for my horrible behavior last time) and booked a nice winning session at 3/5 spread limit.

The 'shoot session was interesting if only because I had no right to the win except that variance broke my way for a change. I pissed away 2 buy-ins at O8 prior to moving to the 3/5 table. Then I proceeded to piss away another $350 playing like a timid idiot. When I finally buckled down, I actually got lucky.

I have Kd-Jd in the BB. 4 limpers see a flop of 2d-3c-5d. I'm not thrilled with my 2nd high flush draw so I check. It checks to the button who has been very aggressive (and winning - go figure). He bets so I figure it's a good time for a check raise since he has nothing. I raise to $30. MP dude, who has been quiet, pumps it to $100. He has about $100 behind. Everyone else folds to me. I put him on A5 for TPTK and guess he might fold to a big re-raise so I go all in. He insta-calls with his nut straight.

Qd on the river and I'm back in this thing!

From there I didn't look back and finished with a nice score. I also had the opportunity to talk with Devin who was the dealer during my outburst. I was nice to be able to tell him that I really respect him and that he didn't deserve the abuse. For his part, he told me that I was justified in my actions. I disagree, but it's nice to know there were other opinions of how events unfolded.

Finally, congrats to Ron for taking 5th place in the $270,ooo poker tournament at the Muckleshoot. Nice score.
Posted by DrChako at 10:30 AM 3 comments:

One of my guilty pleasures (I am a conservative after all) is listening to NPR every day, both on the drive to work and on the way home. It's the only organization I give money to besides the Boys & Girls Clubs.

Aside from the joy I get trying to identify the liberal bent to their news reporting (it's not really that hard), I also really enjoy just listening to the voices. I'm experienced enough that I can immediately tell when my favorites come on and who they are. It occurred to me this morning that these voices are not unlike another enjoyment of mine - fine wine. When I began to make comparisons, I thought it might be a good idea for a blog post. Feel free to disagree or add your own.

Linda Wertheimer - She was back on Morning Edition this morning and it's always a treat. To me, her voice is my absolute favorite drink - 18 year old single malt Macallan scotch. Rich, smooth and full, I could sit and listen to her all day.

Andrei Codrescu - I'm resisting the urge to call his voice straight vodka because of the obvious Russian connection. Instead, his voice is compelling and entertaining. Not like a fruity drink because there is always substance behind the words. There is humor also. To me, his voice is... a White Russian. Yes, I know there is vodka and yes, "Russian" is right in the title. Sue me. It's a bold but fun drink and that's how I feel.

Neal Conan - Another aural pleasure full of all kinds of hidden tastes, like a fine Merlot. I'm thinking J. Lohr circa 1997.

Renee Montagne - Renee is the usual host of Morning Edition and she's got a lovely voice. It's almost the richness of Linda, but not quite. I almost wanted to say she's like a 12 year old Macallan, but she's better than that and, while she's not quite as perfect as Linda, she's great in her own way. Perhaps a Glenlivet 18.

Steve Innskeep - I hate Steve Innskeep. He's bad for NPR and he's bad for my disposition. Like I said, I enjoy picking out the subtleties in the dialogue from the majority of NPR reports. Instead, Steve just wants to bash me on the head with his liberal hammer. His hatred of conservatives comes through whenever he talks politics. I think the only reason he is tolerated is because of the Keith Olbermann effect. I often wonder if Steve has a Keith-shrine in his basement. That said, when he's not talking politics, he's got a wonderful voice. Despite my love for the drink and my hatred for Steve, I still think he's a good Cabernet Sauvignon.

Diane Rehm - I'm a little embarrassed to say that her voice turns me off. She has struggled with the same affliction as Scott Adams (spasmodic dysphonia), and it comes through as almost a Parkinsonian warble when she talks. Her subject matter is always good - I just can't listen. Many people can and so I'm equating her with Anisette. To me it tastes like black licorice, which I dislike, but many people love it and good for them.

Dan Shore - Strangely, I didn't see him listed on the NPR personalities page. It doesn't get more senior than Dan. He was there, man! He voice has a richness of experience that you must respect, even if you disagree. A rare treat, I feel he is Johnny Walker Blue.

There are others I wanted to talk about including Bob Edwards, Corey Flintoff, Juan Williams, Ann Taylor, Michele Norris and my all time favorite Terry Gross, but I have to get back to my patients. Feel free to add any in the comments section.
Posted by DrChako at 9:16 AM 4 comments:

As the blogfather noted, Twitter (and Facebook, at least for me), are killing my blog. It used to be that when something interesting happened, I'd think, "This would make a good blog post." Now I think, "Where should this go?"

Like this weekend for instance. This was one of the best weekends in quite a while. The Wife is home back in Seattle, so we partied with a fellow poker player and then went to Snoqualmie Falls. Well, we played Rockband instead of poker and, while the falls were amazing, they don't quite fit here on the blog, especially since it was mostly photos, not story.

Oh well, at least here I can post some cool links.
Posted by DrChako at 11:49 PM 4 comments:

Aside from being a contract physician, I also have an internet-based business from my home. The taxes and forms almost make it not worth the effort, but it's too late to stop now.

I accidentally filed a form late (form 1120S if you care). I paid all my fees on time over the internet, but the actual form itself didn't get there until about 2 months after the due date. Another penalty. Oh well.

When I called the IRS to ask which address to send my form, a very helpful woman named Judy answered. I told her about the late filing penalty and she said that this is the first year they are assessing the penalty. She told me they can automatically apply a "1st-time offender" waiver, which she did right there on the phone. $267 wiped away!

She also told me I could fax the form right to her (instead of mailing it), saving a several weeks in processing.

Our government actually working. W00t!!
Posted by DrChako at 9:39 AM 5 comments:

College was a strange time. I had just gotten out of the Army and was refocused on my goal of becoming a doctor. It all worked out, but sometimes you have to wonder. 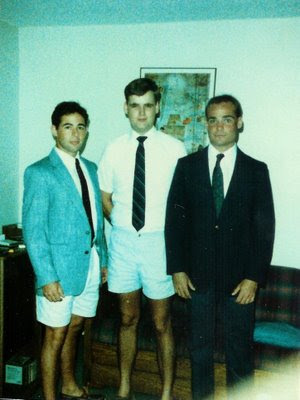 I have more of these over on Facebook if you are interested.
Posted by DrChako at 9:42 AM 3 comments:

Posted by DrChako at 7:17 PM No comments:

Today is July 1st. That means it's been exactly one year since I got out of the Army. I remember dreaming of the day when I was finally free. All the things I could do. I would travel without having to get a threat-briefing. I would be able to come and go as I please. Hell, I could even smoke pot if I wanted (which I didn't).

Who could possibly imagine all the things that happened over the last year? Sure, I'm no longer a lieutenant colonel and no one salutes me any more. I also don't have to worry about going back to Iraq and I can honestly say I'm closer to my wife and family than ever before. That seems a little crazy since The Wife is living 800 miles away right now.

I wouldn't change a thing.
Posted by DrChako at 8:36 AM 7 comments: