Been a while since I had some poker content to contribute, but this was a good one. Like most of you, I had gotten the invite from Dr. Pauly to attend his Turkey Cup tournament on stars. I've never played it before (I don't think), and I really didn't intend to play it this time. I was vegging in front of the TV with the family when I realized it was 8:53 pm and I remembered the tournament started at 11:55 EST. This meant I had two minutes. I hadn't played on stars in quite a while, so I got the damned "You have new software to install" message. I figured I would miss the start time and I didn't know if I'd be allowed in late. When the software was finally up, I had to remember the login (duh), but I got my seat as the 2nd hand was being dealt. I was quite happy to see the good doctor seated at my table as well as the lovely Katitude. Kat was sitting out, but I assumed she was making a clever play to allow the regular donks to do what donks do and donk themselves out in order to allow the real poker players to start playing. What I didn't realize is that 1. her "play" was actually a nap that got out of control, and 2. It turns out that the "donk" I was referring to was me.

I don't remember exactly how the hand played out, but Pauly got me all-in on the turn with his QQ vs. my AJ and I spiked an ace on the river. I think the board was KKx, and I think I picked up straight and or flush draws on the turn, but I know I got my money in behind. I felt bad for knocking Pauly out of his own tournament, but I vowed to put his chips to good use.

I spent most of the tournament in the top 10, but there was a player I didn't recognize Shackedin05 (who I now follow on Twitter - @bloomey ) who was sitting on a pile of virtual chips. He was running over the table with massive pre-flop and turn bets. I vowed to stay out of his way, but eventually had to put up a stand and bluffed him off a pot with king-high. I showed it, but there is certainly a chance it was the best hand.

Only the final table got paid. Bubble boy was the unfortunate Joe Speaker, who chose to spend his bachelor party playing this tournament. His tweet about it was classic:

My first bachelor party, I puked in a San Diego alley. My second, I spent/lost $2.5K in Vegas. This seemed prudent.

I tightened up as the final table got underway. It got down to four of us, including last year's winner Derek. It was great seeing fellow scotch enthusiast Shane Nickerson go deep, and if I ever drift back to the Islays, I'll definitely look for an Ardbeg Corryvreckan as my next purchase.

Then is was time to shift gears and when we got heads up we were pretty close in chips - a fact pointed out by Dr. Pauly who stayed to rail the whole thing. I made a small adjustment to my preflop raises because Shackedin05 was showing a tendency to push all in with my 3x raise. He was a little too aggressive, so I felt if I was patient, I could capitalize. On the button I'm dealt QQ and I make a min-raise. He shoves with 33 and I insta-call. Amazingly it held up. 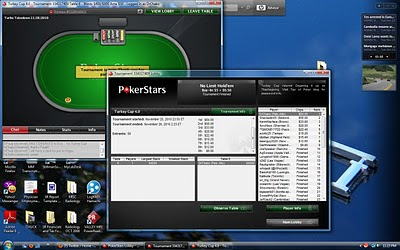 Thanks again to Dr. Pauly for hosting a great post-Thankgiving tournament with some great people. Now I have even more to be thankful for.
Posted by DrChako at 8:53 AM 6 comments:

I have a lot of things on my mind, which is impressive given that I'm not prone to all that much introspection.

Life is pretty good here at Casa Chako. We had a wonderful birthday celebration for The Wife. The kids are happy. In fact, I just got back to the computer from reading a bedtime story for my youngest. He requested Narnia again and giggled at the Chapter 4 title, "Turkish Delight." We were just talking about what food we wanted for Thanksgiving and he was struck by the coincidence. Today I took the family (minus The Wife, who preferred a nap to the wonders of Harry Potter) to the movies and we had a great time, even though I ate too much popcorn. My run times are getting better. I did a short run out in Stockton before work the other day and averaged 7.2 miles per hour, which is pretty close to what I was running for my PT tests when I was back on active duty.

All that is to say that things are pretty good. I don't like a lot of strife in my life. Most strife around here is self inflicted anyway. The Ferrari discussions were well chronicled. Lots of strife there. The Ferrari troubles have been well documented - it's still in the shop BTW (I'll have a whole post on that soon). My back and right leg have been bothering me when I get back from my commute. 90 miles never used to bother me at all. I've taken a few bad beats at poker. Nothing to brag about, but a string of 2 and 3 outers gets old. I also have been feeling very creative lately, but have no outlet. I've picked up the guitar a few times in the last several days but put it right back down after strumming a few chords. Other than playing requests for my eldest at night, I don't play much anymore. Also, back to the Ferrari for a minute, there was that brief controversy about people who I thought were friends getting offended when they felt The Wife and I were either bragging or ungrateful for the success we've had in life. That bothered me a lot more than it should. I had these brief fantasies about totally shutting down, but I like too many of you to let a few naysayers get to me. I once heard that successful people could only have successful friends because everyone else just ends up being a drag (actually, it was that rich people could only have rich friends, but if I imply we're rich I'll get more detractors and The Wife will scream, "No we're not!").

I have never apologized for being who I am. I don't intend to start now. I'm a regular guy with regular daily triumphs and tribulations who happened to make a few good decisions about 25 years ago. I'm also the guy who's gonna hang with like-minded folks in Vegas in a few short weeks who don't judge and don't expect anything other than good conversation and good friendship.

You know what? Fuck it. Putting these thoughts here, as rambling as they are, gets things in perspective. Life's pretty damn good. So I raise this glass of Highland Park scotch in your general direction and toast to the good life. Cheers!
Posted by DrChako at 10:52 PM 15 comments:

I realize I should be talking about the upcoming WPBT, but we don't play darts there. We DO play darts at Mastodon. I've been hearing the Mastodon buzz ever since Otis discovered those fossilized Mastodons in Colorado. Who knew he was an archeologist as well as an awesome writer?

In any event, I've been watching this video in order to train for some epic darts matches. Enjoy. 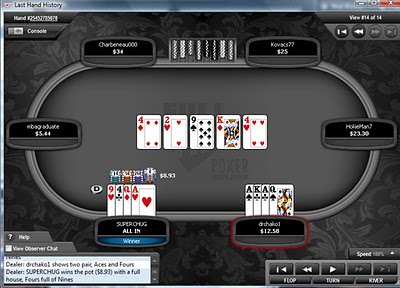 So this is better than this?
Posted by DrChako at 9:45 PM 3 comments: