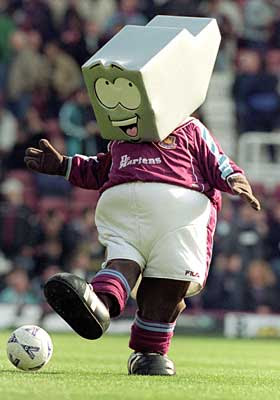 In honor of our upcoming World Poker Blogger Tour event (my 5th!), and also because I just changed my Blogspot template and wanted to see what it looks like, I decided to chronicle a hand where I threw The Hammer. I can't stop thinking about it.

In the beginning of these WPBT events, the hammer was a bigger deal than it is now (although I suspect that will change with the new "hammer-throw bonus") but there was always one rule - play them like they're aces. I forgot that rule at the worst time.

It's Bay 101 and I'm playing 8/16 with a half-kill. I'm half way through my 3rd $200 buy-in when the rush kicked in. I'm pretty sure I've never had a rush like this before or since. I had to ask the lovely Asian chip runner to help me stack chips. I was in the zone. Before the carnage ended, I broke three players at the table and eventually cashed out over 12 racks.

Ah, but the one that got away haunts me.

It's a 12/24 kill pot. In late position with 3 limpers in front, I raise with 7-2 off suit. Since everyone was gunning for me, I was sure to get a bunch of callers, but instead I was re-raised by a fairly bad player to my left (we'll call him Moron #1). I hadn't seen this before from him, but he was on mega-tilt. The big blind caps and 5 or 6 of us see a flop of 9-8-2 rainbow. It checks to me and I bet. Moron #1 raises (and secretly I was applauding this because isolation is rarely done in this game), but of course it's capped before it gets to me and I come along. The turn is a 4 and it checks to me again. I have no idea what I'm up against, so I check again. Moron #1 checks (!) - the bastard. Button now bets and gets one fold, but I smell a rat, so I raise. Moron #1 tanks, but eventually calls. So does the button. The river is a queen. Button bets.

Here is where I failed. I flat called. (FLAT? Are you f-ing serious?!) Moron #1 tanks but calls as well.

I am certain that if I raised the river, Moron #1 would have called and the button, a fairly good player, could not have over-called with his pocket 6s. After firing 8 small bets and 3 big bets at this pot, I couldn't bring myself to fire again when it mattered most. And I lost an almost $800 pot because of it.

Beware of hammer-throwing doctors in Vegas.

and for God's sake don't get in between a hammer-throwing doctor and a fat hillbilly in a drunken hand of Stud hi! See you in a week!

Good Luck and take it down!