The Chako clan are fans of the movie Twilight. As many of you know, much of the movie was based in/film at Forks, WA. As the crow flies, it's not that far from where I live south of Seattle. As the car drives; however, it's about 500 miles round trip. 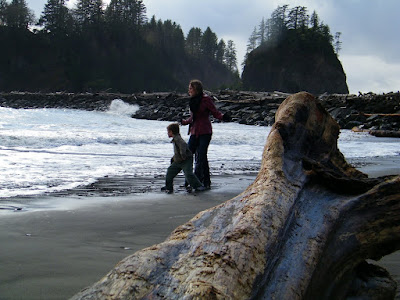 So, that's just what we did. Saturday morning, we packed the family (including one Au Pair and one mother-in-law) into the van and headed for the extreme Pacific Northwest. 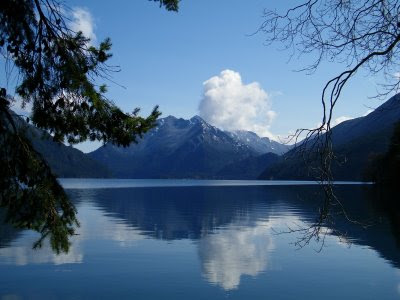 Forks, WA is about what you'd expect. Not much there other than a few spectacular rainbows. We went searching for the high school, but didn't find it. Just west of Forks is La Push, which was featured in the movie. It's even better than you'd imagine. It felt other-worldly. The only place I've felt that way was when we were on the volcano in Hawaii. 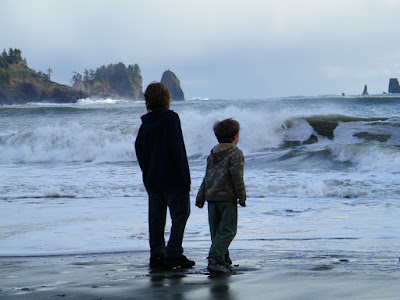 The next day we hit Cape Flattery, which is the furthest northwest you can get in the continental US. We loved the view across the Strait of Juan de Fuca to the Canadian mountains.

Other than a little boredom after such a long drive, I think everyone had a blast.
Posted by DrChako at 8:46 AM

Who doesn't love a good road trip? Looks and sounds amazing to me!

My kids watched that movie about 1300 times this weekend.

I have yet to see it.

The oldest can't stop talking about it.

I know a photo of Lake Crescent when I see it (I think?)! An amazing motorcycle trek!

I need to do that roadtrip.

Pictures from my home state; awesome. Makes me miss it already.