In a perfect world, I'd be a billionaire playboy and rotate through Ferraris the way I rotate through socks. Alas, I'm just a regular guy on a budget, so I had to be very picky. I also had to get ultimate approval from the toughest judge of all - The Wife.

If I tell you it lead to difficult discussions, I'd be the king of understatement. No, I'd be the emperor. Hell, I'd be the emperor's mother. You seriously cannot believe the arguments that occurred in at Casa Chako over my silly little Ferrari fetish. They say that money and infidelity are the biggest causes of breakups. If we broke up, it would have been over a car.

If you have followed my blog for any length of time, you know about my failed attempts (and premature elation) over at least two other Ferraris.

In April 2009, I titled a post The Ferrari that Wasn't. It's still the car I have as my background on Twitter (which I should probably change now). At that time, I found a local car in the Seattle area on Craigslist. It was a 308, which was the same car Magnum PI drove - same color and everything. 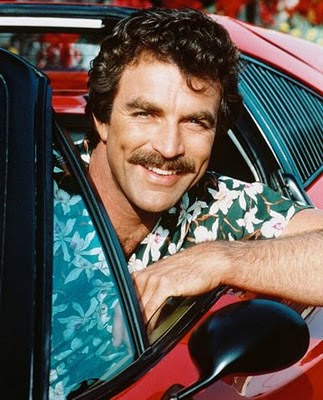 It felt awesome when I got behind the wheel. There wasn't much power, which I attributed to it being an older car. It wasn't until I brought it to Carlo at Alfa of Tacoma that I found out what a dog it was. After a very thorough $500 pre-purchase inspection (PPI), Carlo basically said, "Don't buy this piece of shit. There's a better car out there for you." You know, he could have made a mint off of me with the repair costs had I bought that car. He had a well-earned reputation as an honest mechanic and a true Ferrari specialist. I tip my hat to Carlo - a true gentleman.

In February 2009 I finished the 5th of a 5-part series with the final revelation that I bought a 2002 Ferrari 360 F1 Modena Spider. It was beautiful. If I'm being honest, it's still my dream car. I think it's one of the most beautiful machines in existence. I found it on eBay, which had a bad reputation in Ferrari circles as a place where people went to sell dogs (i.e. abused Ferraris). Of course, I had to get a pre-purchase inspection. In this case, the only one available in Alabama (which was where the car was located) was a place called Hesco. As it turns out, they were not an authorized Ferrari shop, nor did they have much experience inspecting Ferraris. When I contacted my eventual mechanic here in California about it, he basically laughed at me and told me I was wasting my money. This Hesco shop didn't have any of the equipment necessary to do a proper inspection, nor did they even know how to check clutch life on an F1 car. What they did have was honesty. For my $200 PPI, they told me a lot. They said the car looked abused and there were several really expensive and really broken things I'd need to fix before it was road worthy, including the catalytic converters exhaust and the underside of the car. It would have been at least another $10,000 on top of the purchase price. I backed out. Unfortunately, I had placed the winning bid on eBay, so I had some kind of contractual obligation. Lawyers were going to get involved, but then they realized that I had a detailed email conversation with the seller saying that if the car didn't pass inspection the deal was off. They backed down and I was only out $200 (plus a broken spirit).

Well, as I noted in my 101 Things About Dr. Chako post, I look at Ferraris almost every day online. When I saw the 1988 328 GTS on a local Craigslist, I tried not to get my hopes up too much. After all, I'd been broken too many times. Still, I had to know more. I met Bobby (the owner) in the East Bay and we took it for a spin. In a word, it was awesome. Plenty of power, great looks and not the typical red. Oh, I like the red, but I was annoyed at the expression "First Ferrari Red" (meaning, your first Ferrari is always red - after that you can branch out). I don't like to do things the typical way, and black/tan was perfect in my opinion.

Out comes another chunk of change. This time it was $700 for the pre-purchase inspection. But this time, it was done by Brian Crall. Who is Brian Crall? He's only the most famous Ferrari mechanic in America. Seriously. People send him Ferraris from all over. When I picked up my car from his shop, there was a $700,000 F40 right next to mine, as well as several vintage cars that I can't even speculate to their value.

I was extra encouraged because as it turns out, Brian owns the identical car. Same color and everything. He sent me a report that was even more detailed than Carlo's, including pictures and recommendations. It needed some work, but there was nothing that was a deal breaker. I called the seller and expected a tough negotiation since there was $4000 worth of work that was mandatory before it was road worthy. To his credit, Bobby saw that I intended to care for the car with the same attention to detail he'd shown for his 15 years of ownership, so he immediately subtracted the $4000 from his asking price and we had a deal. A handshake and a signed check later, and I'm the proud owner of this thing of beauty. 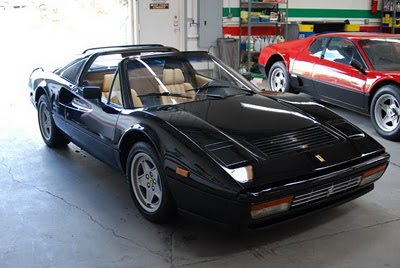 It's a dream come true.

Next, I'll probably have to tell you about taking it to work today (90 miles away) and the smiles it created along the way.
Posted by DrChako at 10:23 PM

How many pairs of shoes is The Wife getting?

Alternatively, how many times are you going to send her to Vegas for girls' weekend?

More importantly... when are you driving it to Vegas with your golf clubs?

Yeah, The Wife totally owns you now. But I somehow don't think you care about that...

Who cares, when you get to achieve your dreams, nothing else matters.

You drive the hell out of that car Mr. Masters :-)

Very happy for you Doc!

While certainly not in your league, I bought a car I really wanted several years ago. I recently told my wife (for the 100th time) that buying that car was the best purchase I have ever made. If life sucked a particular day, all I had to do was take a spin and the world seemed better.

It is great that you had this goal and have now achieved it. I hope your new wheels give you much joy.