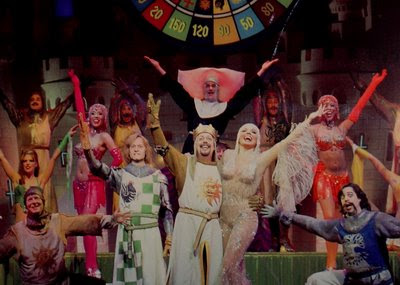 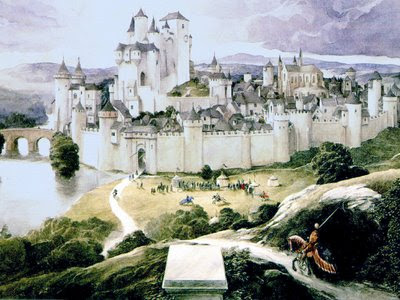 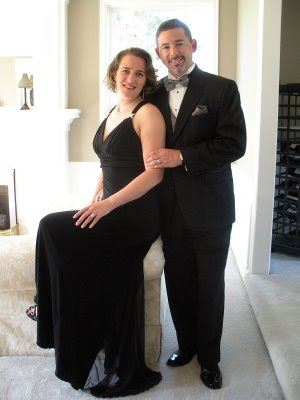 Isn't that really what Camelot truly is? I love you both. And I would hate to have to choose between you two. But if I did, I'm pretty sure you'd lose, bro. Hee hee!!!

Not sure of the plot but I'm a sucker for happy ending!

Modern life has its added pressures. You guys have already beat the odds.

Chop the pot and play small ball for a while. Lord knows you've both been all-in enough times of late.

The best to both, Doc.

Something a little bizarre I know but, I think I saw this coming.

So what you're saying is, you just realized that your glass has always been a tad over half full.

Best post ever written on this section of the intertubes... IMHO.

Well done brudder. I don't know two others that have been through so very much yet ultimately, handled it all so well.

Marriage is hard. Even without the stresses of recent history for you two. Glad you're getting better. You're good for each other. Love you both. Sincerely,I do love you both.

Nope, can't blame you. I hope California agrees with you once you get down there full-time.

Glad you still love me.

I don't even know what to say other than I'm a little jealous. And now pissed... or maybe sad.

You both have put this little blogging thing to use as sort of a therapy tool for your own relationship.

Now how do I achieve the same results with my F'n Hawt wife?

Glad you two are doing better. I look up to you guys as a relationship that works. Do not fail me.

If it doesn't work out Doc you can come live in my bachelor pad in Boston with the 15 cats.. yeah, that's so gonna be me, the cat lady..

The Wife is welcome to come if Doc turns me down!!

I can solve your problem with one word:

It is really f'n hawt now!

You may find this funny, but I've always thought of you two as one of those "perfect married couples."

As a realist, I know that nothing is ever perfect.

But the two of you are pretty damned close.

I've finally decided to let it flow and see what happens versus trying to "fix" everything.